Attorney Edward J. Chandler has successfully represented numerous clients in criminal cases throughout Broward, Dade and Palm beach Counties in the State of Florida.  Edward J. Chandler  prides himself on aggressive representation with a personal touch.

What is "Drunk Driving"?
What do police officers look for when searching for drunk drivers on the highways?
What is the officer looking for during the initial detention at the scene?
What kind of evidence does an officer need to arrest a motorist suspected of "drunk driving?" The officer never gave me a Miranda warning. Can I get my case dismissed?
If I was stopped for another traffic violation, can the police also arrest me for a DUI or DWI?

What is "drunk driving"?

Driving with a blood alcohol level over the state's maximum permissible blood alcohol limit. The limit for adults is either 0.08% or 0.10%. As of October 2000, the following 19 jurisdictions used the 0.08% standard to define drunken or impaired driving: Alabama, California, the District of Columbia, Florida, Hawaii, Idaho, Illinois, Kansas, Kentucky, Maine, New Hampshire, New Mexico, North Carolina, Oregon, Texas, Utah, Virginia, Vermont, and Washington State. All other states used 0.10% except Massachusetts and South Carolina which do not use numerical limits.

You may also be guilty of DUI / DWI for driving when your physical abilities are impaired by drugs or a combination of drugs and alcohol. In the eyes of the law, it makes no difference whether the drug is legal or illegal, prescription or over-the-counter. If taking that drug impacts your senses of seeing, hearing, talking, walking and/or judging distances, you may be guilty of a drunk driving offense.
What do police officers look for when searching for drunk drivers on the highways?

The following is a list of symptoms in descending
order of probability that the person observed is
driving while intoxicated.

The list is based upon research
conducted by the National Highway Traffic Administration:

(1) Turning with a wide radius;
(2) Straddling center of lane marker;
(3) "Appearing to be drunk";
(4) Almost striking object or vehicle;
(5) Weaving;
(6) Driving on other than designated highway;
(7) Swerving;
(8) Speed more than 10 mph below limit;
(9) Stopping without cause in traffic lane;
(10) Following too closely;
(11) Drifting;
(12) Tires on center or lane marker;
(13) Braking erratically;
(14) Driving into opposing or crossing traffic;
(15) Signaling inconsistent with driving actions;
(16) Slow response to traffic signals;
(17) Stopping inappropriately (other than in lane);
(18) Turning abruptly or illegally;
(19) Accelerating or decelerating rapidly;
(20) Headlights off.

Speeding, incidentally, is not a symptom of DUI;
in some circumstances it may suggest quicker reflexes and sobriety.

What is the officer looking for during the initial detention at the scene?
The traditional symptoms of intoxication taught at the police academies are:

What kind of evidence does an officer need to arrest a motorist suspected of "drunk driving"?

Generally speaking, there are three kinds of evidence that a police officer will consider and gather in the investigation:

(1) gross observations of behavior in general;
(2) specific observations of balance tests and the like (usually called "field sobriety tests"); and
(3) chemical test results of the motorist's blood, breath or urine.
A police officer may arrest a motorist if the cumulative effect of the evidence convinces the officer that he has "probable cause" or "reasonable cause" to make an arrest. This is a far lower standard than the one the state must prove at trial. There the case must be proven "beyond a reasonable doubt." Although this is a high standard, it is met every day in courts all over the country.

The officer never gave me a Miranda warning. Can I get my case dismissed?
No. The officer is supposed to give a warning of your right to remain silent and tell you that anything you say may be used against you in a court of law (your 5th Amendment rights) and that you have a right to consult an attorney, and if you can not afford one you have a right to have a lawyer appointed for you (your 6th Amendment rights) after s/he arrests you. Sometimes officers do not. The only consequence of failing to tell you is that the prosecution cannot use any of your answers to questions asked by the police after the arrest.

Of more consequence in most cases is the failure to advise you of the state's "implied consent" law, that is, your legal obligation to take a chemical test and the results if you refuse. This can impact the suspension of your license.

If I was stopped for another traffic violation, can the police also arrest me for a DUI or DWI?
The original cause for the officer's stopping you need not be related to driving under the influence of alcohol or drugs.

Routine detentions for equipment and registration compliance, such as a cracked windshield, inoperative taillight, headlights not turned on, and so forth, maneuvering and parking violations, and many other reasons have been held by the courts to constitute sufficient cause. If the stop was the result of racial profiling, that may give a lawyer more to work with in an effort to have charges dismissed or reduced.
Posted by Edward J. Chandler, Esq. at 2:22 PM No comments: 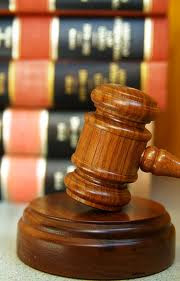